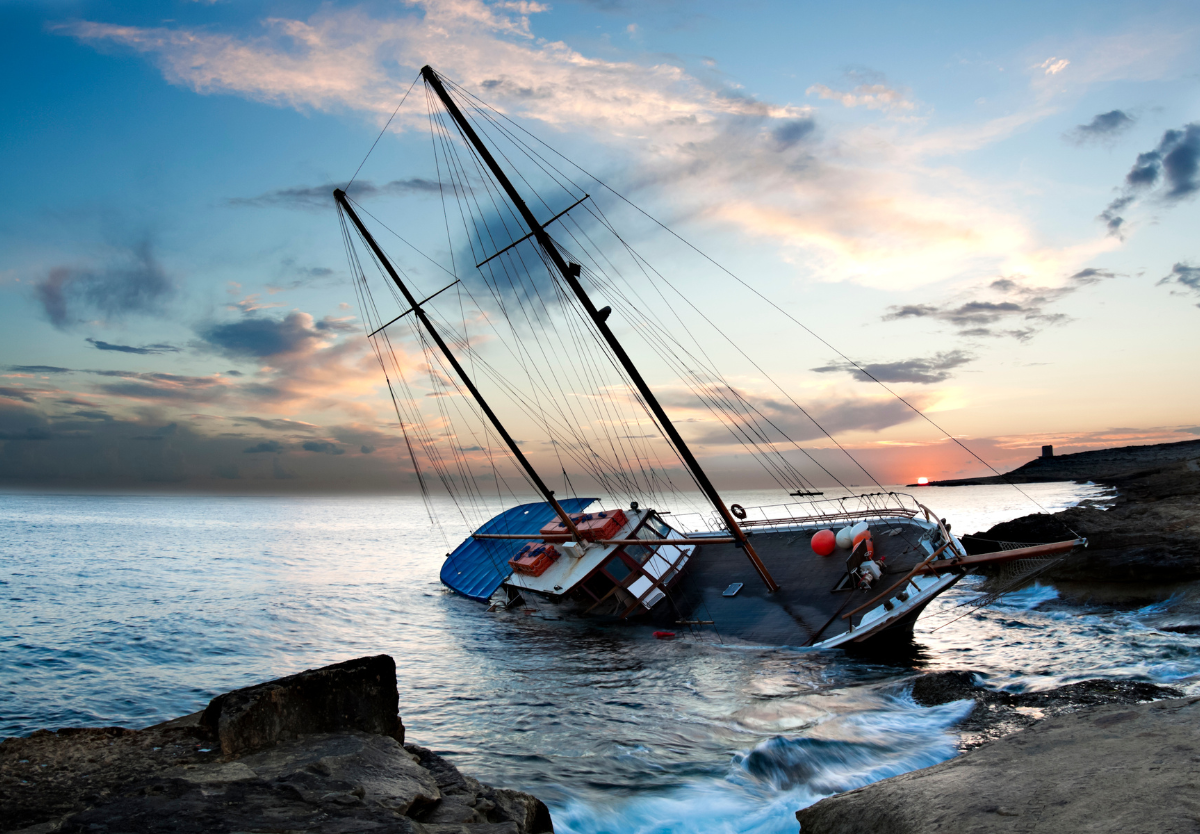 Home » Sharper Iron — To the End of the Earth: Hope for the Hopeless

All human hope has been lost after fourteen days in the Mediterranean tempest. The Lord brings hope by sending His angel to comfort Paul and his shipmates. Paul encourages the men to trust God’s promise to save everyone on the ship. As the ship draws closer to land, some sailors attempt to escape on the ship’s boat, but Paul tells them to stay, for the Lord’s promise has been made to save those on the ship with Paul. Paul speaks to the men once more and gives them food to eat, a confession that they will not die because the God who has given His promise will see them safely onto land. At daybreak, a nearby island with a suitable bay is spotted, but the ship strikes a reef before the ship can run aground. The centurion ensures that the soldiers do not kill the prisoners, but that all either swim or float on the ship’s debris to the shore. In this way, the Lord keeps His promise to save Paul and those with him.

27 When the fourteenth night had come, as we were being driven across the Adriatic Sea, about midnight the sailors suspected that they were nearing land. 28 So they took a sounding and found twenty fathoms.[a] A little farther on they took a sounding again and found fifteen fathoms.[b] 29 And fearing that we might run on the rocks, they let down four anchors from the stern and prayed for day to come. 30 And as the sailors were seeking to escape from the ship, and had lowered the ship’s boat into the sea under pretense of laying out anchors from the bow, 31 Paul said to the centurion and the soldiers, “Unless these men stay in the ship, you cannot be saved.” 32 Then the soldiers cut away the ropes of the ship’s boat and let it go.

33 As day was about to dawn, Paul urged them all to take some food, saying, “Today is the fourteenth day that you have continued in suspense and without food, having taken nothing. 34 Therefore I urge you to take some food. For it will give you strength,[c] for not a hair is to perish from the head of any of you.” 35 And when he had said these things, he took bread, and giving thanks to God in the presence of all he broke it and began to eat. 36 Then they all were encouraged and ate some food themselves. 37 (We were in all 276[d] persons in the ship.) 38 And when they had eaten enough, they lightened the ship, throwing out the wheat into the sea.

39 Now when it was day, they did not recognize the land, but they noticed a bay with a beach, on which they planned if possible to run the ship ashore. 40 So they cast off the anchors and left them in the sea, at the same time loosening the ropes that tied the rudders. Then hoisting the foresail to the wind they made for the beach. 41 But striking a reef,[e] they ran the vessel aground. The bow stuck and remained immovable, and the stern was being broken up by the surf. 42 The soldiers’ plan was to kill the prisoners, lest any should swim away and escape. 43 But the centurion, wishing to save Paul, kept them from carrying out their plan. He ordered those who could swim to jump overboard first and make for the land, 44 and the rest on planks or on pieces of the ship. And so it was that all were brought safely to land.