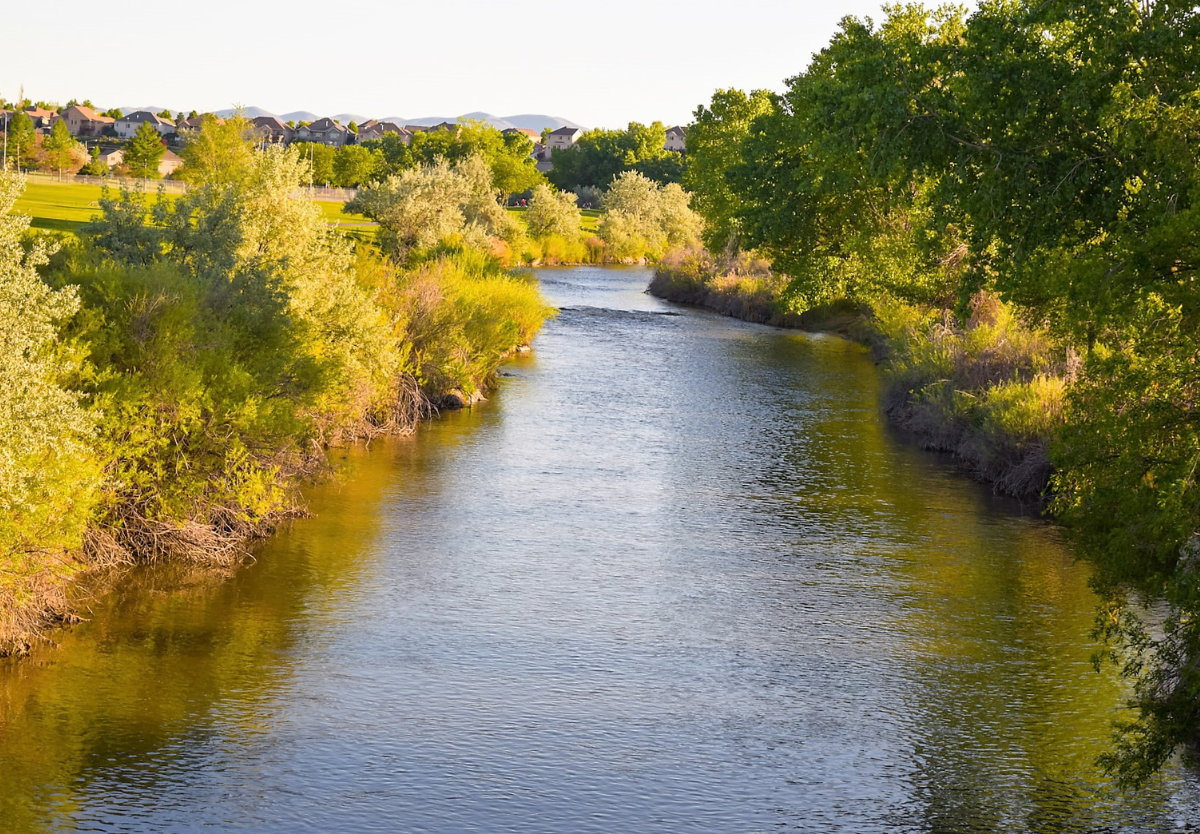 Home » Sharper Iron — The Law of God is Good and Wise: Now and Not Yet

Moses reminds the people how the LORD had already given and apportioned land to them on the east side of the Jordan River. The LORD gave that land to two-and-a-half tribes according to their need to care for their livestock. Though they had already received land, they were faithful to the whole people of Israel by going over the Jordan to fight with their brothers. Because Joshua would be the one to lead the people into the Promised Land, Moses strengthened him with the LORD’s promise. Moses’ request to go into the Promised Land shows both confidence in God’s mercy and humility to receive God’s answer. The LORD refuses to let Moses go into the Promised Land, yet Moses will still get to see the land and continue to encourage Joshua for the task ahead.

12 “When we took possession of this land at that time, I gave to the Reubenites and the Gadites the territory beginning at Aroer, which is on the edge of the Valley of the Arnon, and half the hill country of Gilead with its cities. 13 The rest of Gilead, and all Bashan, the kingdom of Og, that is, all the region of Argob, I gave to the half-tribe of Manasseh. (All that portion of Bashan is called the land of Rephaim. 14 Jair the Manassite took all the region of Argob, that is, Bashan, as far as the border of the Geshurites and the Maacathites, and called the villages after his own name, Havvoth-jair, as it is to this day.) 15 To Machir I gave Gilead, 16 and to the Reubenites and the Gadites I gave the territory from Gilead as far as the Valley of the Arnon, with the middle of the valley as a border, as far over as the river Jabbok, the border of the Ammonites; 17 the Arabah also, with the Jordan as the border, from Chinnereth as far as the Sea of the Arabah, the Salt Sea, under the slopes of Pisgah on the east.

18 “And I commanded you at that time, saying, ‘The Lord your God has given you this land to possess. All your men of valor shall cross over armed before your brothers, the people of Israel. 19 Only your wives, your little ones, and your livestock (I know that you have much livestock) shall remain in the cities that I have given you, 20 until the Lord gives rest to your brothers, as to you, and they also occupy the land that the Lord your God gives them beyond the Jordan. Then each of you may return to his possession which I have given you.’ 21 And I commanded Joshua at that time, ‘Your eyes have seen all that the Lord your God has done to these two kings. So will the Lord do to all the kingdoms into which you are crossing. 22 You shall not fear them, for it is the Lord your God who fights for you.’

Moses Forbidden to Enter the Land

23 “And I pleaded with the Lord at that time, saying, 24 ‘O Lord God, you have only begun to show your servant your greatness and your mighty hand. For what god is there in heaven or on earth who can do such works and mighty acts as yours? 25 Please let me go over and see the good land beyond the Jordan, that good hill country and Lebanon.’ 26 But the Lord was angry with me because of you and would not listen to me. And the Lord said to me, ‘Enough from you; do not speak to me of this matter again. 27 Go up to the top of Pisgah and lift up your eyes westward and northward and southward and eastward, and look at it with your eyes, for you shall not go over this Jordan. 28 But charge Joshua, and encourage and strengthen him, for he shall go over at the head of this people, and he shall put them in possession of the land that you shall see.’ 29 So we remained in the valley opposite Beth-peor.

Oratio: Thank God for Paul and His Work

The Coffee Hour — Forged by Fire: Mercy through Food