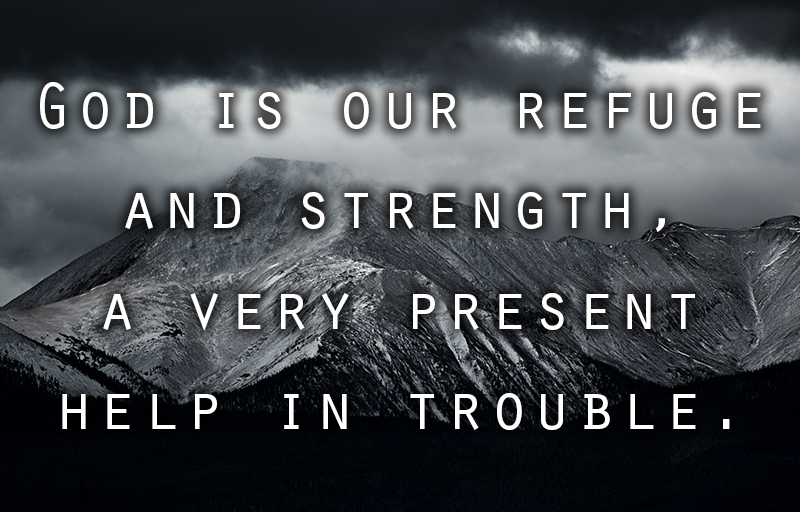 Home » Thy Strong Word – Looking Ahead: Last Sunday of the Church Year 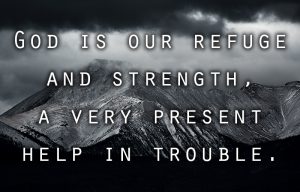 13 “Your words have been hard against me, says the Lord. But you say, ‘How have we spoken against you?’ 14 You have said, ‘It is vain to serve God. What is the profit of our keeping his charge or of walking as in mourning before the Lord of hosts? 15 And now we call the arrogant blessed. Evildoers not only prosper but they put God to the test and they escape.’”

The Book of Remembrance

16 Then those who feared the Lord spoke with one another. The Lord paid attention and heard them, and a book of remembrance was written before him of those who feared the Lord and esteemed his name.17 “They shall be mine, says the Lord of hosts, in the day when I make up my treasured possession, and I will spare them as a man spares his son who serves him. 18 Then once more you shall see the distinction between the righteous and the wicked, between one who serves God and one who does not serve him.

God Is Our Fortress

To the choirmaster. Of the Sons of Korah. According to Alamoth.[a] A Song.

4 There is a river whose streams make glad the city of God,
the holy habitation of the Most High.
5 God is in the midst of her; she shall not be moved;
God will help her when morning dawns.
6 The nations rage, the kingdoms totter;
he utters his voice, the earth melts.
7 The Lord of hosts is with us;
the God of Jacob is our fortress. Selah

8 Come, behold the works of the Lord,
how he has brought desolations on the earth.
9 He makes wars cease to the end of the earth;
he breaks the bow and shatters the spear;
he burns the chariots with fire.
10 “Be still, and know that I am God.
I will be exalted among the nations,
I will be exalted in the earth!”
11 The Lord of hosts is with us;
the God of Jacob is our fortress. Selah

13 He has delivered us from the domain of darkness and transferred us to the kingdom of his beloved Son, 14 in whom we have redemption, the forgiveness of sins.

The Preeminence of Christ

15 He is the image of the invisible God, the firstborn of all creation. 16 For by[a] him all things were created, in heaven and on earth, visible and invisible, whether thrones or dominions or rulers or authorities—all things were created through him and for him. 17 And he is before all things, and in him all things hold together. 18 And he is the head of the body, the church. He is the beginning, the firstborn from the dead, that in everything he might be preeminent. 19 For in him all the fullness of God was pleased to dwell, 20 and through him to reconcile to himself all things, whether on earth or in heaven, making peace by the blood of his cross.

27 And there followed him a great multitude of the people and of women who were mourning and lamenting for him. 28 But turning to them Jesus said, “Daughters of Jerusalem, do not weep for me, but weep for yourselves and for your children. 29 For behold, the days are coming when they will say, ‘Blessed are the barren and the wombs that never bore and the breasts that never nursed!’ 30 Then they will begin to say to the mountains, ‘Fall on us,’ and to the hills, ‘Cover us.’ 31 For if they do these things when the wood is green, what will happen when it is dry?”

32 Two others, who were criminals, were led away to be put to death with him. 33 And when they came to the place that is called The Skull, there they crucified him, and the criminals, one on his right and one on his left. 34 And Jesus said, “Father, forgive them, for they know not what they do.”[a] And they cast lots to divide his garments. 35 And the people stood by, watching, but the rulers scoffed at him, saying, “He saved others; let him save himself, if he is the Christ of God, his Chosen One!”36 The soldiers also mocked him, coming up and offering him sour wine 37 and saying, “If you are the King of the Jews, save yourself!” 38 There was also an inscription over him,[b] “This is the King of the Jews.”

39 One of the criminals who were hanged railed at him,[c] saying, “Are you not the Christ? Save yourself and us!” 40 But the other rebuked him, saying, “Do you not fear God, since you are under the same sentence of condemnation? 41 And we indeed justly, for we are receiving the due reward of our deeds; but this man has done nothing wrong.” 42 And he said, “Jesus, remember me when you come into your kingdom.” 43 And he said to him, “Truly, I say to you, today you will be with me in paradise.”

Free To Be Faithful - Affect of Election Results on the LCMS