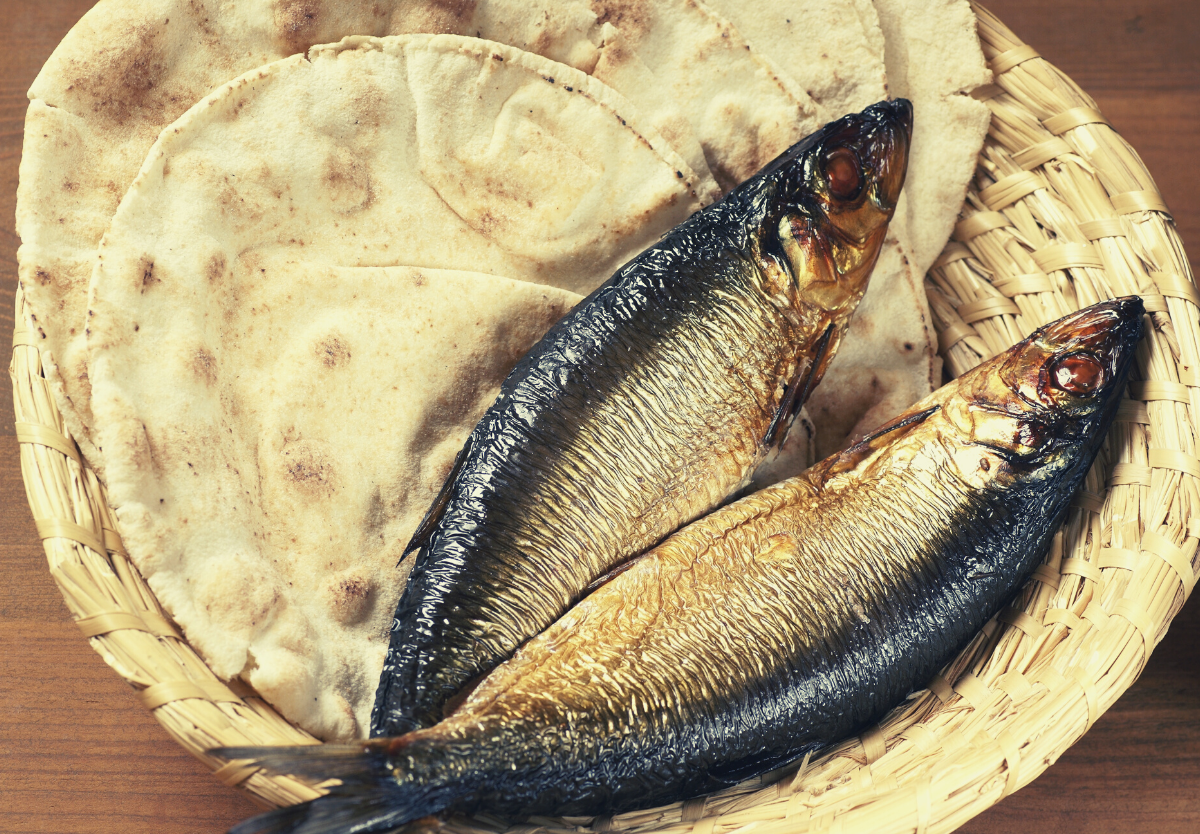 The apostles had gone out to teach and act with Jesus’ authority. Having handed out the Lord’s gifts, they return to Jesus in need of Him to give to them yet again. He calls them away to a desolate place for that purpose, but the crowds continue to hunger and thirst for Jesus’ gifts as well. When they beat Jesus to the place He was going, the Lord does not react with anger or annoyance. His heart is moved to mercy for these sheep who need Him as their true Shepherd. He fills their souls with His teaching, and then He fills their bodies with food. He accomplishes this through His apostles. Though they do not understand, Jesus teaches them that they can only give out what He has given them. He takes only a small amount of food and feeds in abundance this huge crowd. In the Lord’s Supper, Christ gives us today an even greater feast of His Body and Blood as He invites us sinners to dine with Him for forgiveness.

30 The apostles returned to Jesus and told him all that they had done and taught. 31 And he said to them, “Come away by yourselves to a desolate place and rest a while.” For many were coming and going, and they had no leisure even to eat. 32 And they went away in the boat to a desolate place by themselves. 33 Now many saw them going and recognized them, and they ran there on foot from all the towns and got there ahead of them. 34 When he went ashore he saw a great crowd, and he had compassion on them, because they were like sheep without a shepherd. And he began to teach them many things. 35 And when it grew late, his disciples came to him and said, “This is a desolate place, and the hour is now late. 36 Send them away to go into the surrounding countryside and villages and buy themselves something to eat.” 37 But he answered them, “You give them something to eat.” And they said to him, “Shall we go and buy two hundred denarii[a] worth of bread and give it to them to eat?” 38 And he said to them, “How many loaves do you have? Go and see.” And when they had found out, they said, “Five, and two fish.” 39 Then he commanded them all to sit down in groups on the green grass. 40 So they sat down in groups, by hundreds and by fifties. 41 And taking the five loaves and the two fish, he looked up to heaven and said a blessing and broke the loaves and gave them to the disciples to set before the people. And he divided the two fish among them all. 42 And they all ate and were satisfied. 43 And they took up twelve baskets full of broken pieces and of the fish. 44 And those who ate the loaves were five thousand men.

Oratio: Pay Heed to the Word

The Coffee Hour - Mental Health Monday: What is Intimacy?