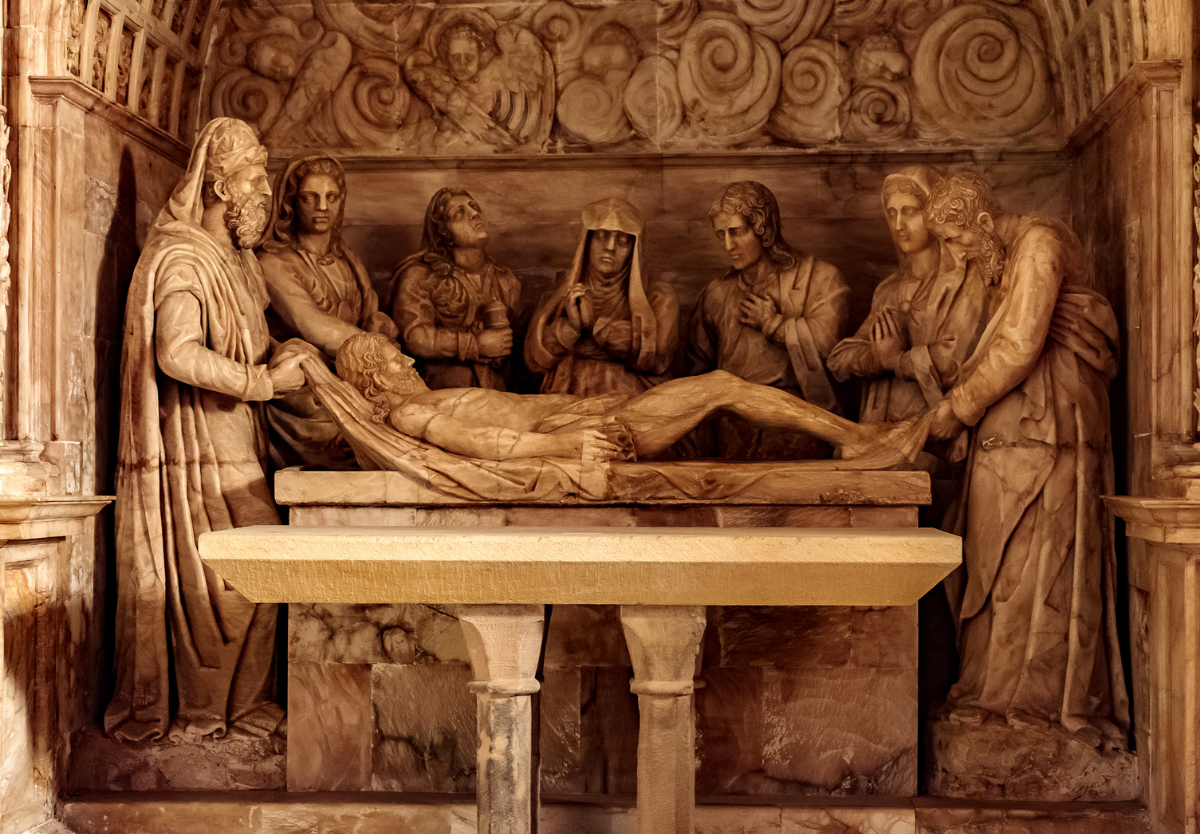 As a member of the Sanhedrin and a rich man, Joseph of Arimathea seems an unlikely disciple. Yet the Lord’s Word had brought Joseph to faith. Looking for the kingdom of God, Joseph actually got to see the King bringing His kingdom, though Joseph probably didn’t expect to see it as he buried the Savior. As Jesus was wrapped in swaddling cloths as a baby, now Jesus was wrapped in a linen shroud for His burial. Joseph’s unused tomb teaches the uniqueness of what Jesus accomplished by His death and also serves as further evidence that Jesus is the One who was raised on the third day. Jesus’ burial takes place quickly, as both He and His followers observe the Sabbath according to the commandment. Jesus’ burial gives comfort to Christians that they have been clothed with Christ, and as He was raised from His rest in the tomb, so will all His faithful ones be raised from their rest in their tombs.

50 Now there was a man named Joseph, from the Jewish town of Arimathea. He was a member of the council, a good and righteous man, 51 who had not consented to their decision and action; and he was looking for the kingdom of God. 52 This man went to Pilate and asked for the body of Jesus. 53 Then he took it down and wrapped it in a linen shroud and laid him in a tomb cut in stone, where no one had ever yet been laid. 54 It was the day of Preparation, and the Sabbath was beginning.[a] 55 The women who had come with him from Galilee followed and saw the tomb and how his body was laid. 56 Then they returned and prepared spices and ointments.

On the Sabbath they rested according to the commandment.

Wrestling With the Basics — Barabbas