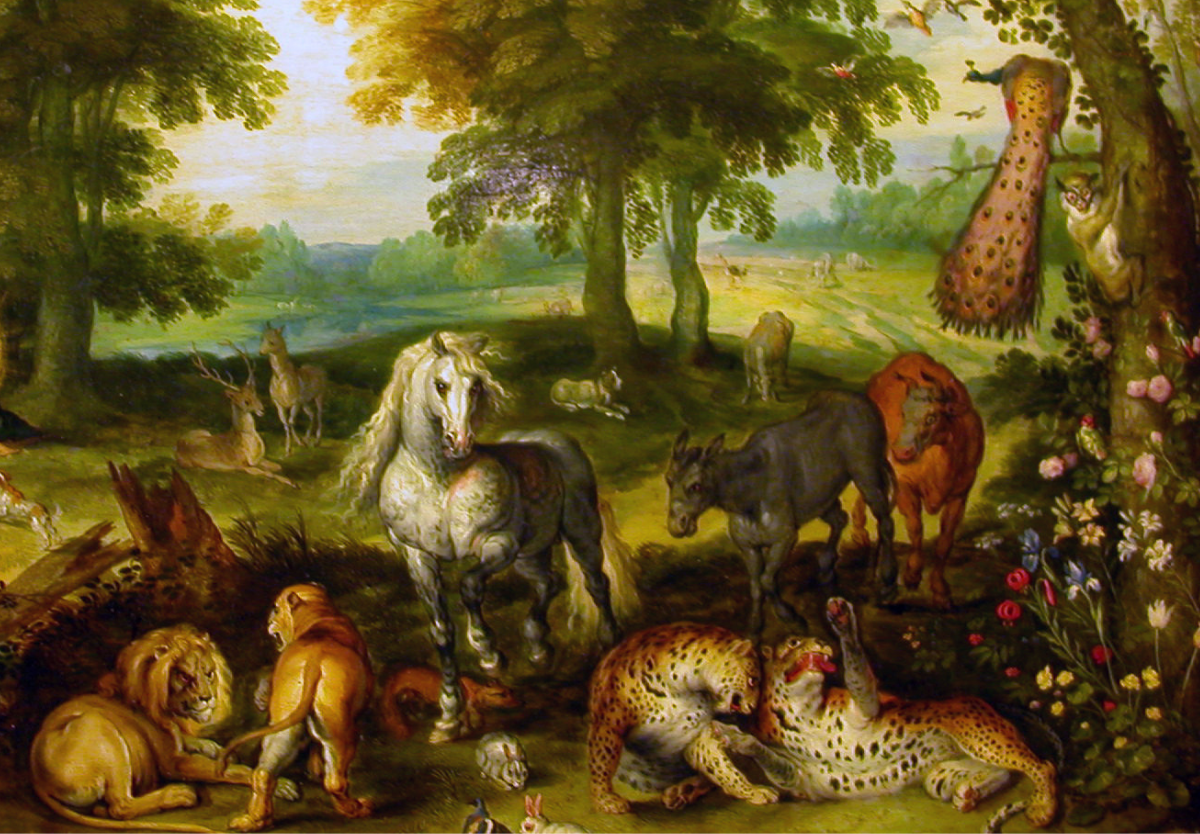 “In the beginning” is not only the start of a new book, but connects everything together. The Lord of all creation is connected to everything in the world, in Scripture, and our salvation in Christ. As the Lord saw His creation as good, we are brought back to the love that the Lord pours into His salvation (John 3:16). He rules over everything and has given us our identity as a blood bought, new creation, in Him. And it is good—very good! “Heavenly Father, in love You created the world, created humanity in Your image, and made us a new creation in Christ. Grant us a renewed understanding of our identities as a new creation to live under Your kingdom and serve You in everlasting righteousness, innocence, and blessedness. Amen”

The Creation of the World

20 And God said, “Let the waters swarm with swarms of living creatures, and let birds[g] fly above the earth across the expanse of the heavens.” 21 So God created the great sea creatures and every living creature that moves, with which the waters swarm, according to their kinds, and every winged bird according to its kind. And God saw that it was good. 22 And God blessed them, saying, “Be fruitful and multiply and fill the waters in the seas, and let birds multiply on the earth.” 23 And there was evening and there was morning, the fifth day.

26 Then God said, “Let us make man[h] in our image, after our likeness. And let them have dominion over the fish of the sea and over the birds of the heavens and over the livestock and over all the earth and over every creeping thing that creeps on the earth.”

27 So God created man in his own image,
in the image of God he created him;
male and female he created them.

28 And God blessed them. And God said to them, “Be fruitful and multiply and fill the earth and subdue it, and have dominion over the fish of the sea and over the birds of the heavens and over every living thing that moves on the earth.” 29 And God said, “Behold, I have given you every plant yielding seed that is on the face of all the earth, and every tree with seed in its fruit. You shall have them for food. 30 And to every beast of the earth and to every bird of the heavens and to everything that creeps on the earth, everything that has the breath of life, I have given every green plant for food.” And it was so. 31 And God saw everything that he had made, and behold, it was very good. And there was evening and there was morning, the sixth day.

A Moment on the Lighter Side: Words of Love