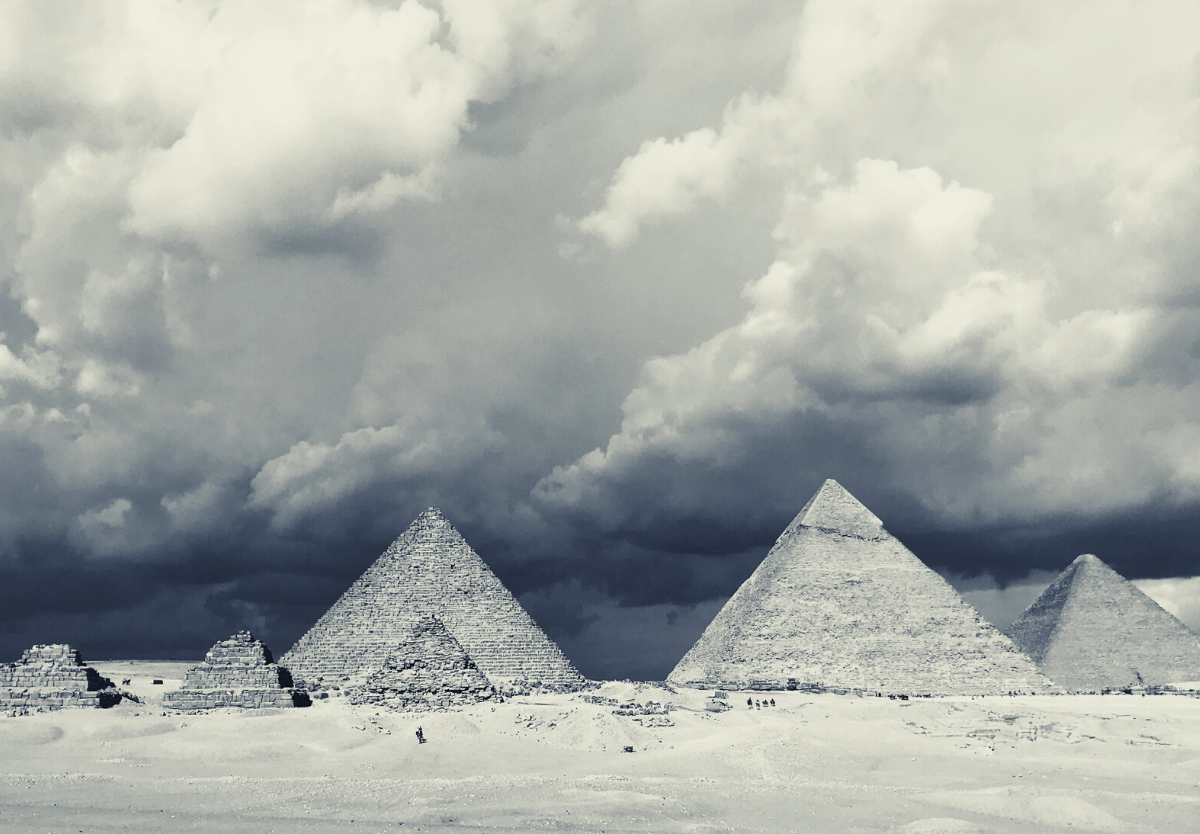 This section concludes the narrative which began in chapter 11. Namely, the 10th and final plague is completed, YHWH is fully victorious over the false gods of the Egyptians, and Pharaoh lets the Hebrews go. Israel’s 430 years of sojourning in Egypt have come to an end and Moses is vindicated. Unleavened bread appears again as a sign, this time of haste. Will there now be no more hardships for God’s people?

31 During the night Pharaoh summoned Moses and Aaron and said, “Up! Leave my people, you and the Israelites! Go, worship the Lord as you have requested. 32 Take your flocks and herds, as you have said, and go. And also bless me.”

33 The Egyptians urged the people to hurry and leave the country. “For otherwise,” they said, “we will all die!” 34 So the people took their dough before the yeast was added, and carried it on their shoulders in kneading troughs wrapped in clothing. 35 The Israelites did as Moses instructed and asked the Egyptians for articles of silver and gold and for clothing. 36 The Lord had made the Egyptians favorably disposed toward the people, and they gave them what they asked for; so they plundered the Egyptians.

37 The Israelites journeyed from Rameses to Sukkoth. There were about six hundred thousand men on foot, besides women and children. 38 Many other people went up with them, and also large droves of livestock, both flocks and herds. 39 With the dough the Israelites had brought from Egypt, they baked loaves of unleavened bread. The dough was without yeast because they had been driven out of Egypt and did not have time to prepare food for themselves.

40 Now the length of time the Israelite people lived in Egypt[a] was 430 years. 41 At the end of the 430 years, to the very day, all the Lord’s divisions left Egypt. 42 Because the Lord kept vigil that night to bring them out of Egypt, on this night all the Israelites are to keep vigil to honor the Lord for the generations to come.

43 The Lord said to Moses and Aaron, “These are the regulations for the Passover meal:

“No foreigner may eat it. 44 Any slave you have bought may eat it after you have circumcised him, 45 but a temporary resident or a hired worker may not eat it.

46 “It must be eaten inside the house; take none of the meat outside the house. Do not break any of the bones. 47 The whole community of Israel must celebrate it.