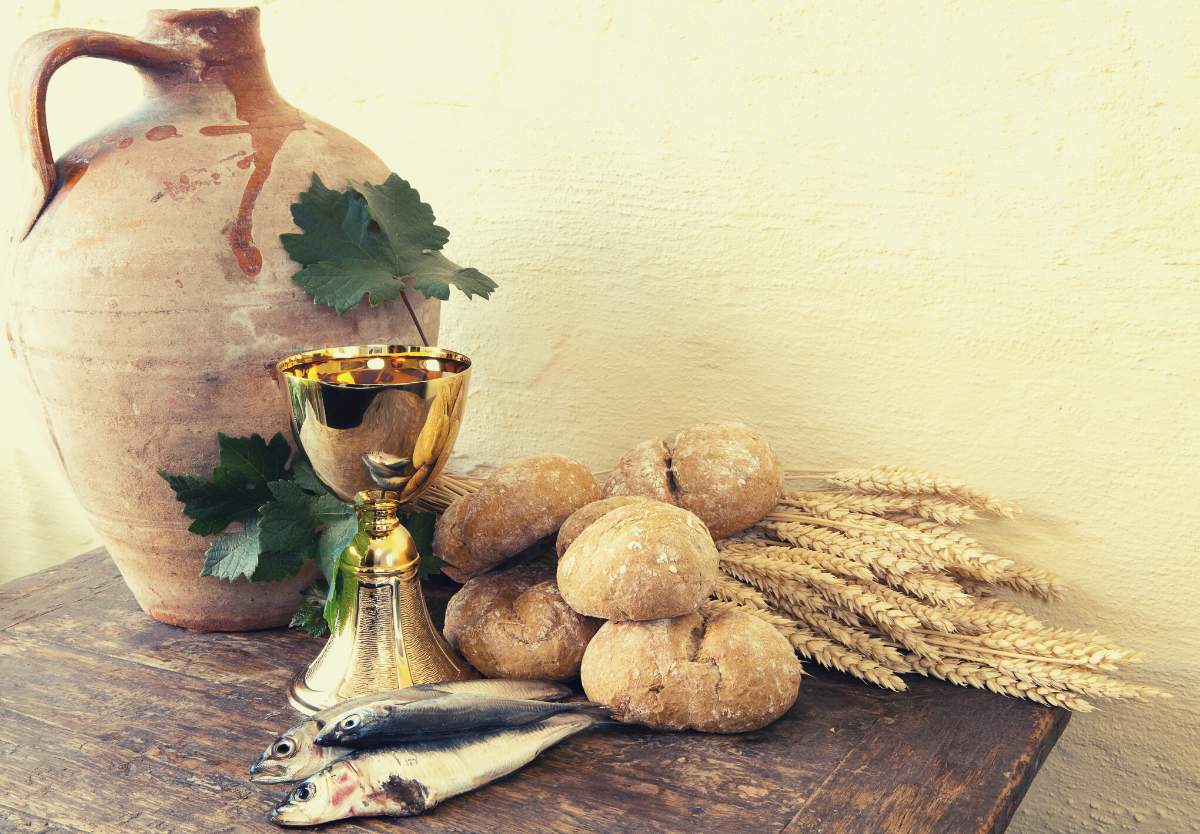 Home » Sharper Iron — The Gospel in Action: God’s Feast for the Gentiles

When St. Mark states that the feeding of the 4,000 took place “in those days,” he gives more than just a time indicator; he signals that Jesus is actively ushering in the reign of God. Still in Gentile territory, Jesus has been surrounded by a great crowd hungering for the Word of God for three days. His acts with compassion that suffers with them and shows mercy to them in their physical hunger. Jesus’ disciples’ response shows that they do not fully believe who Jesus is and what He can do, particularly in Gentile territory. Jesus is patient with them, drawing them to Himself in their helplessness. The seven loaves in the text are literally seven loaves, yet their number also invites reflection upon the fullness and completion of what Jesus does for all people. As He gave abundantly in Jewish territory, so Jesus gives abundantly to the Gentiles. In this abundant feeding, Jesus gives a picture of Himself as the Creator who eats with His people as He restores the fullness of God’s gifts to humanity. In the Lord’s Supper, we now receive the abundance of His Body and Blood.

Oratio: The Way, the Truth, the Life